To overview of other paintings:    http://jarkikh.canalblog.com/ 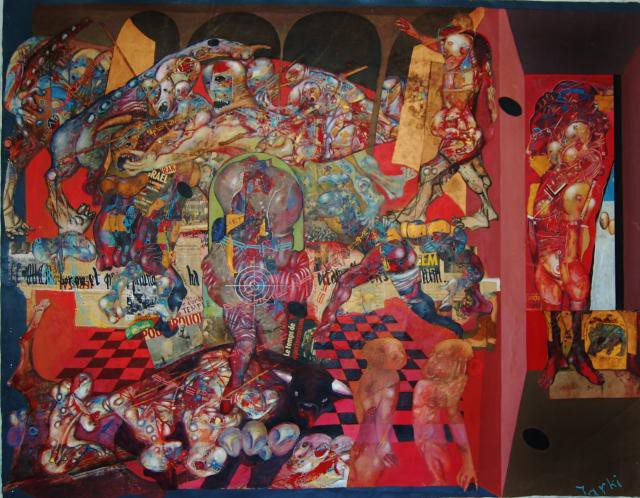 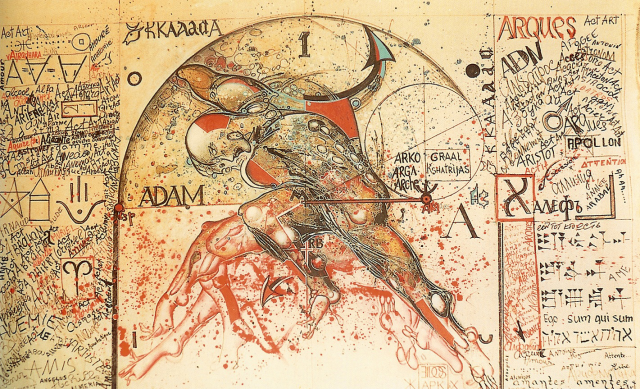 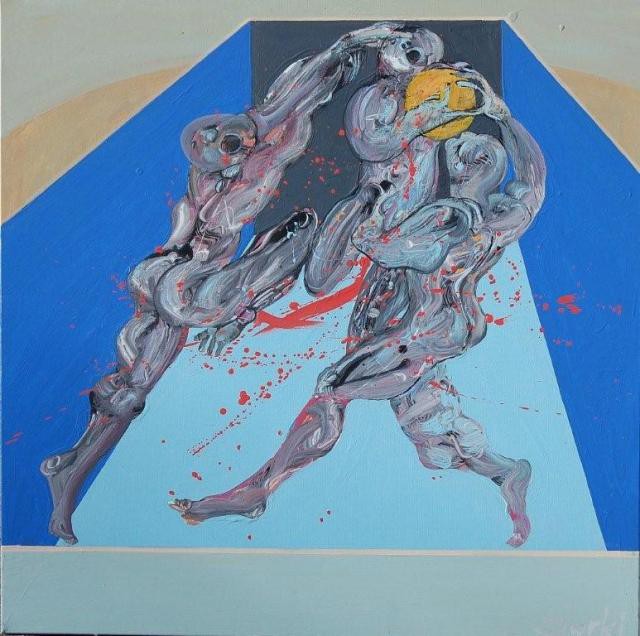 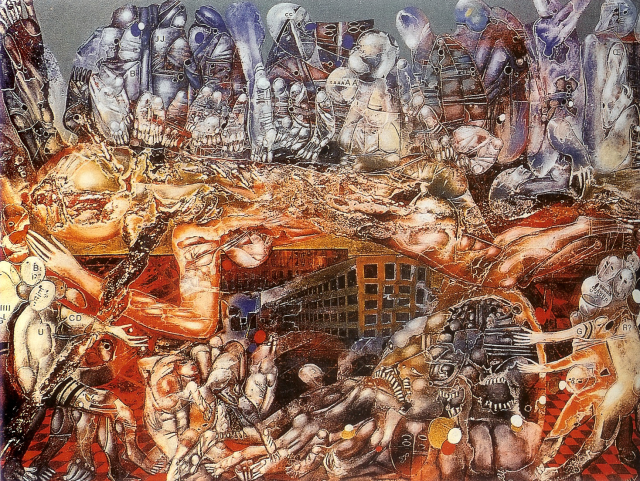 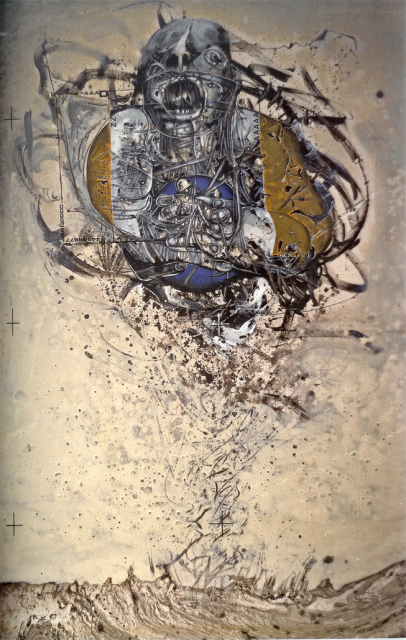 and fury. Youri Jarki makes use of a strange assemblage of finds and inventions obliging the spectator

to look carefully, for a long time, as if upon entering into some infernal carousel.

contemporary history on a background of screaming colors. A fantastic telescoping of forms, an

“When he was forty years old, Youri Jarki found a personal style with his “new icons” reconnecting

him both to Byzantium and to the existentialist mysticism of Russians such as Berdiaeff, Rozanov and

Dostoyevsky. A style all his own, it resists being monopolized.

A native of a crucified country, Jarki’s message transcends borders… Large drops of light, the alveoli

are transformed into so many anonymous, worried and mute faces: the story of a single destiny opens

up onto the whole of History.

of oil and acrylic contribute to squaring off the space. Retracted, the chromatic scheme can appear as

a refuge but also as a gossamery trap. Henceforth an organic fabric, the space becomes a body: a

suffering body indeed, but also a living body. What were heretofore witnesses, oval faces and pupils’

rotundities change into just as many cells, eggs, and dynamic embryos.”

“As for the style that Youri Jarki developed, we might say that it is a combination of figurative and

surrealist art, from which very strange beings that inhabit this earth are born, seen as they would be

"The artist does not attempt to please us with his paintings. He is direct and somewhat merciless in

his interpretations. Jarkikh wants us to reflect on our daily experiences and mind set. He invites us to

enter into a dialogue with him... We are asked to view the facets of traditional mythological and

biblical themes with a contemporize perspective. Jarkikh refutes clichés and offers new answers to the

eternal questions: &quot;Who are we? Where do we come from? Where are we going?"

“Moreover, and most especially, down deep, Youri Jarki has the humanity of the greatest of the great,

death and ideal love. This does not prevent him from seeking success. Yet if he paints, it is above all to